Brexit gets edged out by Migration.

Thursday, December 17, 2015, the European Union met and the “United Kingdom”, more commonly known as the Brexit matter, was listed as one of the EU Summit’s agenda topics.

But further action was delayed on Britain and its proposed changes for the EU until February at least. That is the date of the next EU Council meeting the TV program, DW News, said. 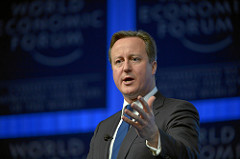 Concessions are possible for the first three requests but “the last point is a deal breaker”, stated DW News. It added.

“The UK wants to deny social benefits to migrants from other countries until they’ve pay taxes for years in Great Britain.”

Other EU nations are said to still consider that completely unacceptable.

This world does not reflect the nature of a loving God. The relationship between the Creator and His creation has been broken. This condition has a limited allotment of time before God moves to restore all things to Himself. The Church of God, through this website, seeks to support those whom the Father calls to come into a restored relationship with Himself through His Son, Jesus Christ. … END_OF_DOCUMENT_TOKEN_TO_BE_REPLACED